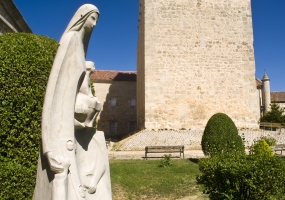 The Convent of the Dominican Fathers began to be built in 1952, taking care that the type of construction did not clash with the structure and austerity of the Royal Monastery.

Except for the auction in the corners with chalked towers, it seems all one. The building was built around the Tower, leaving it in the courtyard of the convent. Another rest of the old manor house of the Santo family is the Bodega de la Beata Juana de Aza, mother of Santo Domingo.

The cellar is a rectangular vaulted space; where, according to documents, Doña Juana performed the miracle of the multiplication of the wine vat to distribute it among the most needy. For this reason she was canonized. An alabaster relief by Andrés M. Abelenda recalls the event. The convent complex has a chapel, presided over by an artistic Gothic crucifix, whose cross and crossbars are Romanesque. In the same chapel there is a carving of the Virgin dating from the sixteenth century and another Baroque polychrome carving from Santo Domingo.

The ceiling is decorated with stained glass windows that represent the nine ways of praying of Santo Domingo, made by Father Iturgaiz. In the convent there is also a Dominican museum with pieces of different value related to the Order. In another room there are several sculptures of Father Alfonso Salas, worthy of contemplation.

It is also, at present, House of Spirituality. Torreón de los Guzmán is a rectangular tower with four floors, 17 meters high and relentless aspect reinforced with walls of two meters thick. It dates from the tenth century, like other fortresses of La Ribera del Río Duero, which together formed a line of vigilance and defense in full reconquest.

The first two floors are of pre-Romanesque style, with a double Mozarabic arch window in the second. The third floor has more modern windows with semicircular arches, more purely Romanesque style. Between this and the next there are corbels or stone ledges. The last floor is a crenellated patio from where you can enjoy great views of the Peñas de Cervera and much of the Ribera del Duero. 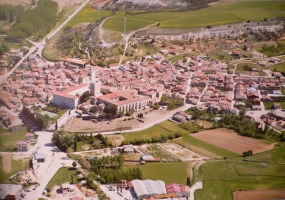 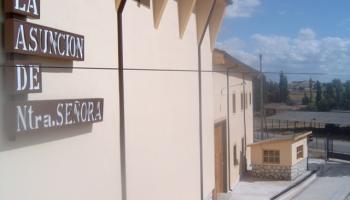 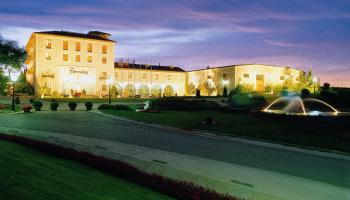 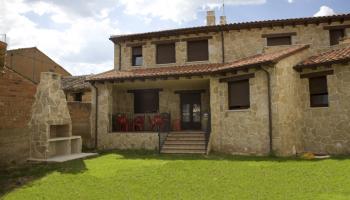 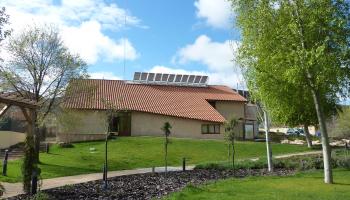 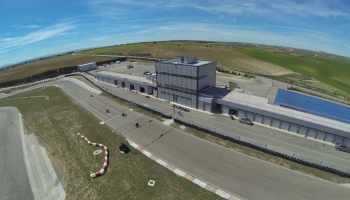