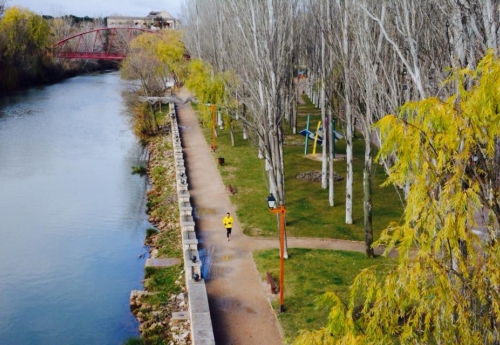 The Ribera takes its name from the second longest river in Spain: the Duero. It simply had to be that way, as the river is the axis structuring the region and historically conditioning its development.

It rises in the Picos de Urbión (Soria) and flows into the sea in the Portuguese city of Porto. Along its 897 km it waters the landscape and the fields and in Ribera del Duero it runs peacefully for 115 km between moorland, hills and valleys.

Beside its course are scattered towns and villages that have developed farming and tourism activities, such as the GR-14 Duero Path, with its 42 stages running from the source to the mouth of the river. Five of these are included in the Ribera del Duero Wine Route.