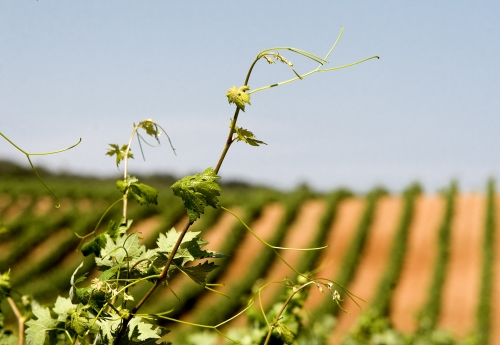 Vineyards and wine have marked this landscape, the personality of its people, its heritage and its culture. They form an inseparable link for understanding the Ribera del Duero as a wine territory.

The first references to wine-making in the area go back 2,000 years into history. Although there are no conclusive references, in their works several historians and geographers, such as Ptolemy, tell of vine-growing and wine-making activity among the Celti-Iberians and Vaccaei of the Duero basin when the Roman troops set out to conquer them.

The Romans left vestiges of vine-growing and wine-making in the Ribera del Duero in the form of works of art such as the Roman mosaic measuring more than 60 square metres in honour of the god Bacchus, considered the largest in the peninsula. This marvel was discovered by vine-growers during the harvest of 1972 and is considered a Historic Artistic Site. Unfortunately, in 2011, the site was attacked and robbed, causing irrevocable damage to such a beautiful piece. A replica of the lost tesserae has now been produced and can be visited in the Baños de Valdearados Interpretation Centre.

There are many monuments including references to wine: bunches of grapes on capitals in churches, names of churches like the Monastery of La Vid (The Vine) or patron saints like the Virgin of the Vines in Aranda de Duero.

And, of course, underground cellars and wine presses are present in most villages, such as the one in Atauta, the largest in the Ribera del Duero and probably one of the biggest in Spain, or the one in Moradillo de Roa, currently being renovated with an interesting tourism project for preserving it.