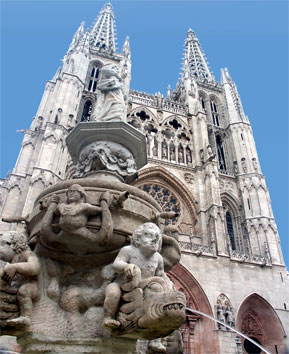 Around the county of Ribera del Duero we find places so important that they deserve a special visit, such as Burgos, Segovia and Santo Domingo de Silos.

Burgos, a city where there were already settlements in the Neolithic period, became the capital of the County of Castile in 930. Ever since then, it has attracted the best and most important cultural manifestations from the region. 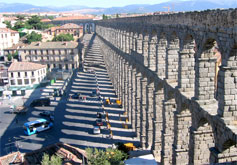 Leaving the Ribera del Duero D.O. a few kilometres to the south, we find the old city of Segovia and its Roman aqueduct. This city was declared a World Heritage Site by UNESCO in 1985. There we can find fascinating civil and religious buildings. 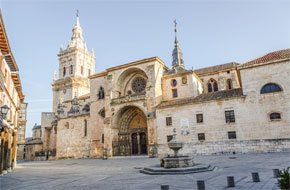 One of the natural and cultural legacies of the community lies in the lands of Soria. If you love the Romanesque style this province is not to be missed.

It includes the Historical-Artistic Site of El Burgo de Osma, where you can enjoy art, astronomy and architecture in its streets, without forgetting nature, as the Cañón de Río Lobos Natural Park is also nearby. 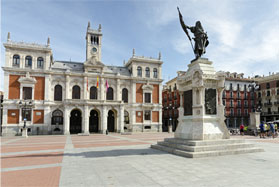 In the province of Valladolid, the capital of Castile and Leon has its origin in resettlement along the Duero during the Reconquista. There you can find important historical artistic monuments like the Herreriano Courtyard or Caballería. It also has many well-known museums, such as the National Sculpture Museum, one of the most prestigious on the Spanish scene. Nor should you forget Easter in Valladolid, declared to be of International Tourist Interest, and its well-known competition for tapas and cocktail stick snacks.