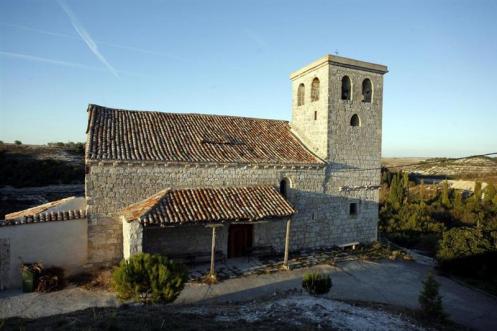 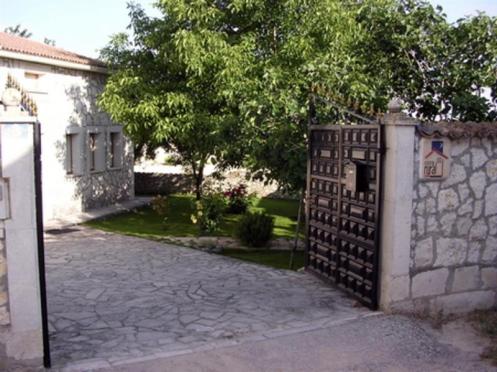 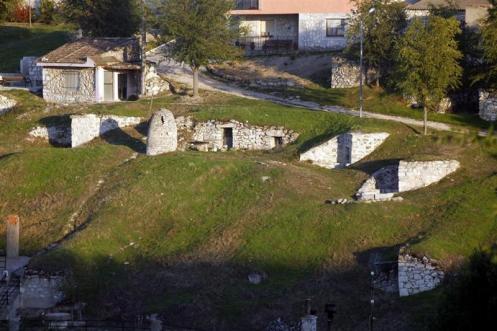 Curious, at the very least, is the position, form and landscape that this town shows to anyone who decides to come by here. To begin with, it is neither in a valley nor on a moor, since just its upper limit is the plain of the moor and the lower, the beginning of the valley. The curiosities continue to appreciate that the shape of the set of houses, if one sees them from the side of the moor, is similar to a "V". Then, on the route of the road, the village is completely divided in two, and if one wants to go to the other side, he must necessarily cross it.

In the part of the right, as it ascends, is located the Church of San Bartolomé, somewhat separated from the urban ensemble to which is reached through a road. Built in stone during the 13th and 14th centuries in the Gothic style, it is a temple with three naves where the central one is covered with a ceiling and plasterworks from the 18th century and the lateral ones with an edge and a barrel. Meanwhile, the arms of the transept and the main chapel do so with a cross vault.

And of course, the festivities are also hosted by Saint Bartholomew. They are parties that from the 23rd to the 25th of August, have as main acts, festivals, a delicious tortilla contest, a dance lunch invited by the town hall and a traditional bonfire in honour of the saint accompanied by a delicious chocolate.

It is known gastronomically for its meats, especially of slurry, and for its wines.