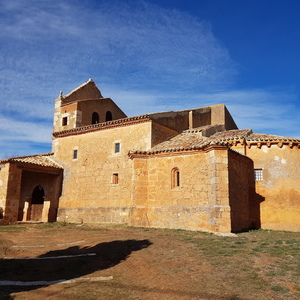 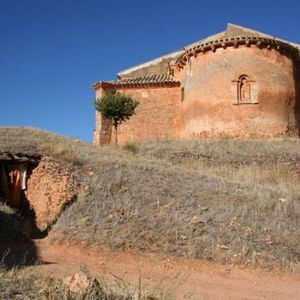 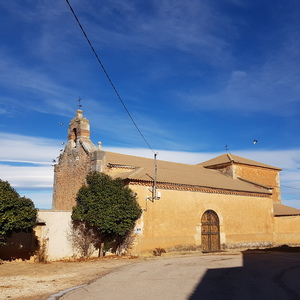 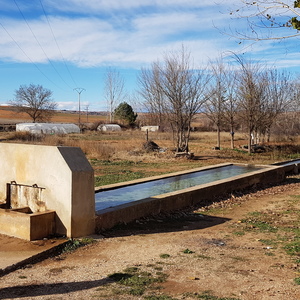 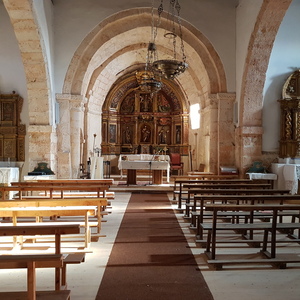 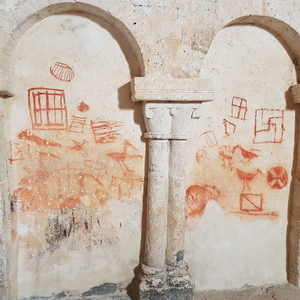 The strange name of the town is due, according to the chronicles of Father Damián Janáriz, to the defeat that King Ramiro II of León infringed upon the Moorish army next to the hermitage of the Virgen de la Guía. Since then the locality that had been attending to the name of the Guide, began to be called Matanza. It is in 1916 when "de Soria" is added.

If something stands out in Matanza de Soria is the Romanesque church of San Juan Bautista. Originally from the 12th century, it has undergone reforms during the following centuries. Its factory and orientation correspond to the characteristic of rural Romanesque: masonry and ashlar in the corners, of a nave and semicircular apse oriented east. Of this Romanesque origin it is conserved only the apse is conserved since the rest of the temple was reconstructed in the Gothic period and in the XVIII century. The apse is plastered and retains the original corbels, as does the north wall. It is also possible to observe how Romanesque and even older pieces have been used to reconstruct both the portico (it is easy to see a Roman stele fragment) and the espadaña (Romanesque pieces with sogueado).

But the curious thing about the temple is, without a doubt, the pairs of blind arches on both sides of the presbytery (those on the south side have been severely damaged). There is, in this construction, in the north mudro a set of graffiti made with red paint in which geometric figures and birds are represented. Graphites are strange because of their morphology but also because of their location since this space was only used by clerics.

It is popular with matacinos to roast chops in front of the cellars that house rich wines of the earth.

For Matanza de Soria passes the stage 4 cyclotourism of the Camino del Cid and the Camino or Ruta de la Lana, a commercial road that transported the wool of La Alcarria and the cloths of Cuenca, honey and cereal of Medina del Campo and Burgos, and that today it crosses the town until arriving to Mecerreyes (Burgos), being one of the points of passage of the pilgrims towards Santiago de Compostela. Besides, the Rejas and Pentencilla rivers run through here.