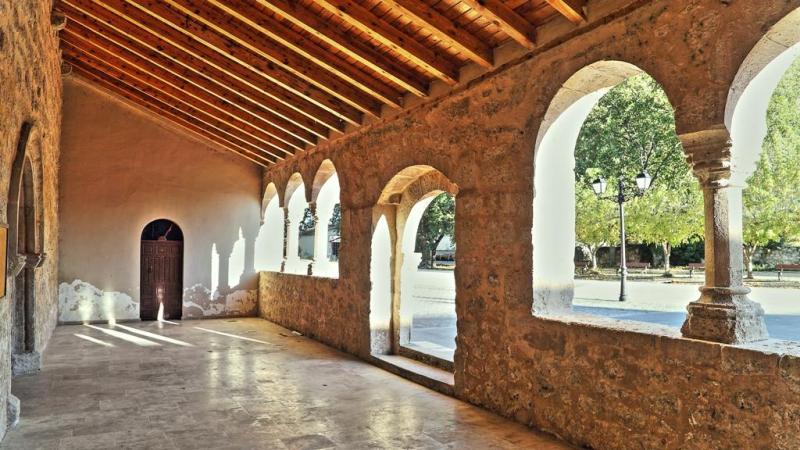 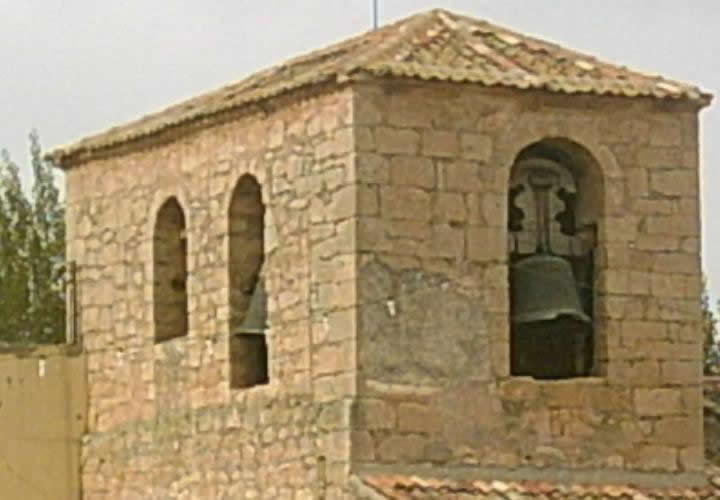 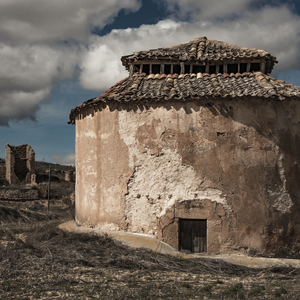 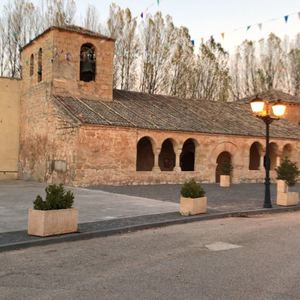 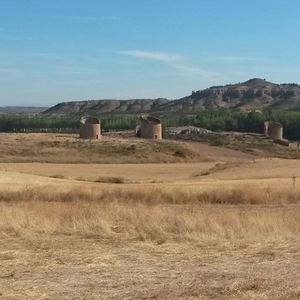 In Peñalba de San Esteban, remains of a Celtiberian village and a Roman village have been found. It seems that here was a watchtower (the first of the line), which possessed visual communication with that of Mount Cube, in Piquera.The most representative monument of the town is the Church of Santa Maria La Mayor. Its factory, of plastered ashlar, is from the late fifteenth or early sixteenth century. It is a single nave and flat headboard temple to which on its north side has been attached a sacristy and on its south side a funeral chapel where the heraldry of D. Juan Sebastián and Ana Otañez (1621) is located. At the foot of the temple rises a bell tower. However, the most characteristic of this temple is its pork gallery. Located to the south, it is conetánea of the temple and is an example of the inertia experienced by this architectural typology of the Sorian Romanesque (and originated in the Church of San Miguel de San Esteban de Gormaz), which lasted until Renaissance times. It is not, therefore, a Romanesque portique gallery, as we had always thought, but Renaissance, although one of the best of its style. It seems that the oldest part of the temple is its cover with a half-point arch and light flaring, probably from the fourteenth century, being the part that has remained of the previous factory. The altarpiece dates from 1566 and is the work of Francisco de Logroño. Its baptismal font is Tardorromanic.

On the road to Piquera we find the hermitage of San Roque, saint to whom the Patronal Festivals are dedicated. It is the destination point of most processions, and in place where Mass is also celebrated. (San Roquillo Day, August 17).

But if anything characterizes Peñalba are two types of constructions that make up the landscape of the place: the wineries and the pigeons. We continue in the area of influence of the D.O. Ribera del Duero although before this brand there were already underground cellars that cross the village from one side to the other. These hidden jewels of our ethnology are the hallmark not only of this town, but of all those that make up the Municipality of San Esteban de Gormaz. In view of all are the dovecotes, cylindrical in shape, which, although they have ceased to be used, still retain their structure and form a characteristic profile next to the fields.

In the surroundings one can walk through El Paraje "Los Magazos" (where are the "Tits of the Queen" by the shape that have two twin hills) and the Pico Del Cuerno.

A branch of the Cañada Real Soriana Occidental, which comes from San Esteban and Aldea, crosses all its term, including its urban area, and reaches Peñarrodás where it enters the term of Fuentecambrón.This is on the Royal Cattle Track and the mondillo (spicy sausage) for the Castilian stew is this village’s contribution to the gastronomy of Castile.